Lighthouses of North America: Beacons from Coast to Coast (Hardcover) 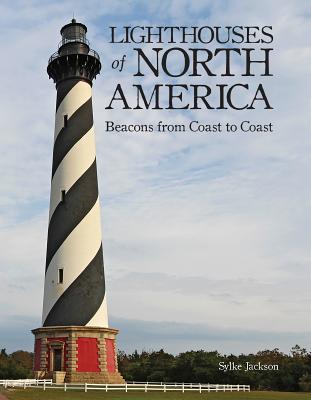 By Sylke Jackson
Title not available
Out of Print

A tour of more than 70 of the continent's most beautiful and important lighthouses.

Lighthouses of North America is a beautiful tribute to 71 lighthouses in the United States and Canada. The selection covers the full range of lighthouse architectural styles and represents all regions of the continent. The book opens with a brief but fascinating history of lighthouses, which traces their use from the Romans to the golden age of the nineteenth and twentieth centuries when lighthouses became a strategic and commercial asset to seafarers.

Readers will discover the fascinating details that give lighthouses their spirit, such as Portland Head Lighthouse, the favorite haunt of poet Henry Wadsworth, providing inspiration for his poem The Lighthouse; how early rocket launches damaged the original Cape Canaveral Lighthouse; that a friendly ghost named Rue is said to wander the grounds of Oregon's Heceta Head Lighthouse; and how the Race Rocks Lighthouse in British Columbia guided vessels into port during the Fraser gold rush.

Chapters focus on construction method and present each sentinel over a two- to six-page spread with a narrative description:

Lighthouse aficionados are many in number and all will enjoy this stunning book.