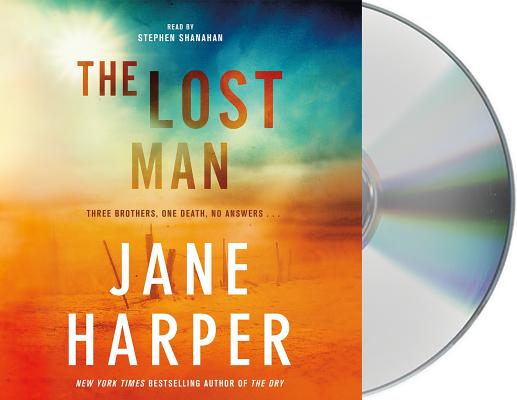 By Jane Harper, Stephen Shanahan (Read by)
$39.99
Email or call for price.

Dark, suspenseful, and deeply atmospheric, The Lost Man is the highly anticipated next audiobook from the bestselling and award-winning Jane Harper, author of The Dry and Force of Nature.

Praise for The Lost Man:

“In addition to the complicated, constantly changing plot, with Jane Harper's brilliant writing and Shanahan's outstanding narration we also experience the stifling heat and brutal oppression of the outback, how it keeps hold of those who live there, drives them, protects and sometimes kills them." — SoundCommentary

“Harper's masterful narrative places readers right in the middle of a desolate landscape that's almost as alien as the moon's surface...A twisty slow burner by an author at the top of her game.” — Kirkus, starred review

"All at once enthralling...Book by book, [Harper is] creating her own vivid and complex account of the outback." — New York Times Book Review

"The novel’s strong sense of place and personality is handily conveyed by Australian voice actor Stephen Shanahan who narrates this thoroughly engrossing book in a no-nonsense Aussie accent." -Washington Post